Traditional Gaelic Irish Clothing 🇮🇪: In this blog, we cover the traditional dress of Irish. FluentIrish talks about what the Irish people wore in the past, determining the then-trends, symbolisms of their clothing and whatnot. Make sure to read on to learn more.

It is a no-brainer to think that clothing is one of the most important component of a person’s daily life, no matter who he or she is.

With clothing, you can express yourself: how you want to portray yourself to those around you, your true personality, your place in society, and especially how you want to present your culture. Clothing can easily mean your identity, so to speak.

Traditional Gaelic Irish clothing during the early days, in particular, is an interesting topic to ponder on because of its ‘eventful’ history’. Their traditional dress heavily drew inspiration from both the Gaelic and Norse costumes. 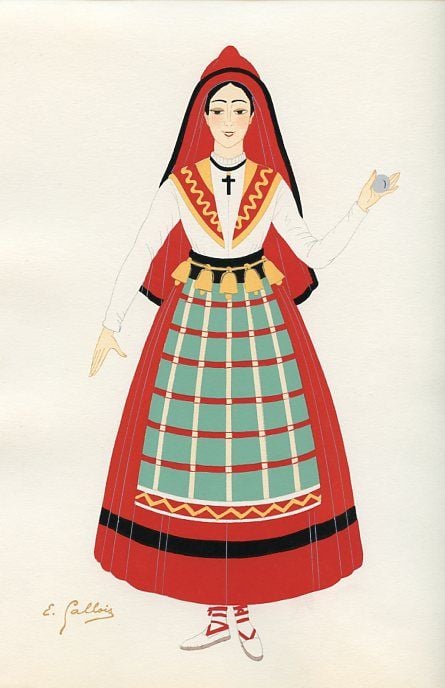 What both the Irish men and women wore traditionally consisted of two main pieces: a Léine and a Brat. Below, we cover more that you should know about about tradition Gaelic Irish clothing. Examples of what they wore, why they wore it, and a bit of historical events: those are what we will mainly talk about, so keep reading to learn more.

As we have mentioned above, Irish men and women (but mostly men; women wore this tunic-like piece of clothing as an undergarment) of old wore a Léine, which was a loose garment that resembles a tunic that is usually made out of linen.

The wearer would accompany the Léine with a belt made of woven wool or leather or horsehair to complete the traditional Gaelic Irish clothing. The crios (the word belt in Irish) pulls up the Léine –it allows the excess Léine material to hang over the waist area, therefore hiding the belt apart from a piece which hanged down at one side, allowed because of the belt. This belt was especially useful if they engage in battle or try to run away from the enemies.

Talking about its size, it usually reached a person’s knee. But the best size for a Léine should be not too short to fail to cover the buttocks, nor too long that it would already drag the ground. Those with short Léine were often mocked in satires, depicting them as poor and low status.

Depending on how wealthy a person is during that time, you can wear a Léine made out of silk for others to see. This will usually result in the wearer impressing those around them, may it be their companions or neighbours.

To add, this traditional Gaelic Irish clothing was always dyed a yellow colour, which was called saffron. The sleeves were quite peculiar as they were hanging and baggy, sometimes even nearly touching the ground.

The Léine lasted up until the early 16th century, which was the everyday clothing of the native Irish population up until this point. It bore resemblance to Scotland’s kilt.

We have also mentioned brat as a traditional Irish clothing along with the léine.

What is a Brat? In Irish history, a Brat (a mantle or cloak) was a piece of sleeveless garment that was a rather large covering, encompassing and therefore protecting an individual through the harshest of weathers. The Brat’s fringing was thicker, longer and has several layers around the neck and head area.

The fringing of this mantle consisted of more than one colour and has either a semi-circular or rectangular shape.

As you might have guessed, it is a very warm piece of clothing to wear, hence a good thing to wear protect one’s self from the unpredictable weather. These Brats were very much sought after, being exported from East Ireland to England, Scotland, Wales and all over Europe between the 15th and 17th centuries, which were then called ‘Irishe Mantels’ or ‘Mantelles de Hiberniae’.

According to Clan Mcgrath: “On the Continent, Irish half-mantles were most sought after. They reached only to the waist and no doubt were more suitable for warmer climates. Irish mantles could be Tufted (an outer effect like sheeps curly wool), Blanket (a plain thick sort), Lined (often with fur), Light (for summer usage and among the poor) and Leather.”

Other examples of traditional Irish clothing

Aside from the Léine, there are other pieces of traditional Gaelic Irish clothing that people wore in the past. We enumerate some below:

Seaicéad – a short jacket that barely reached the waist which had open sleeves to let the baggy sleeves of the Léine hang down. They were made either made of wool or leather.

As for the Irish women’s traditional clothing:

Gúna – what the women wore on top of the Léine. This clothing was heavily pleated dress or gown that had an open sleeve design to let the Léine’s sleeves hang down, similar to the Seaicéad. The most common colour for the dress was either red or green.

Now that we have shared with you some examples of the traditional Gaelic Irish clothing, we also want to discuss with you how we can help you in everything Irish-related. 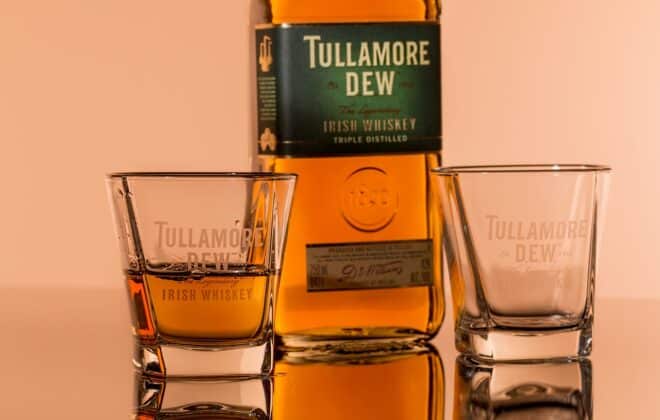