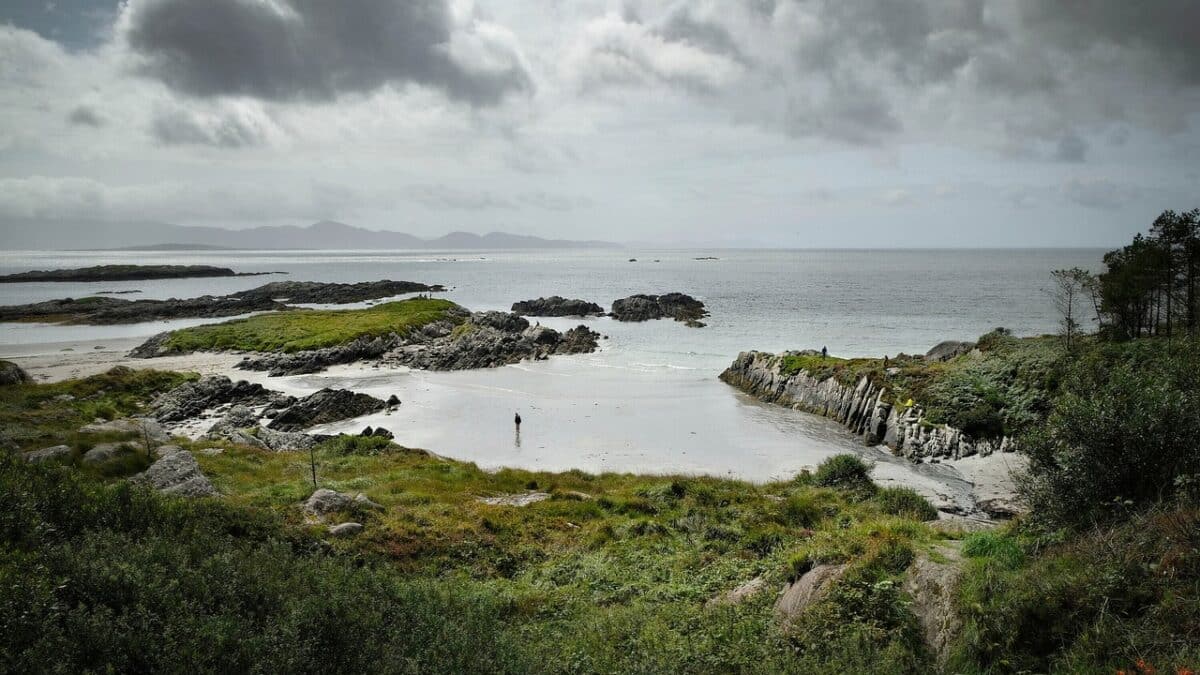 What Is Irish Language Script? ✍🏻📜 – And More You Should Know!

Know What The Irish Language Script Is

What Is Irish Language Script? ✍🏻📜: We see them on road signs and public notices everyday; throughout Ireland, you will find many places having these. What I am talking about for this blog is the Irish language or Gaelic script. What is its history? Did it have any preceding writings (i.e., orthography)?

Reading and writing, along with speaking, is the most common form of communication. Through reading and writing, you can both absorb and relay important information, hence its significance to all cultures and society. For all of these to flourish, of course, they must have a systemic way of communicating with one another. The Irish language script is a written language used extensively up until recently.

Below, we will discuss more information you should know about the Irish language script. Read on to learn more.

Repeating what we have discussed multiple times in our blog, Ireland uses both English and the Irish language. But of course, we will focus more on the Irish language. Irish language, Irish Gaelic or Gaeilge – whatever you want to call it – is a Celtic language spoken in Ireland. You can also find other areas of the world that have Irish speakers such as the US, UK, Canada and Australia.

Nowadays, there are limited number of areas where the Irish language is the most-spoken one. These areas are called Gaeltacht areas. Examples of Gaeltacht areas include counties Donegal, Mayo, Galway and Kerry. You can also find ones situated in areas such as counties Cork, Meath and Waterford.

Currently (because of dialect’s and language’s limitless potential of evolution), there are three Irish dialects: Ulster (County Donegal), Connacht (Counties Mayo and Galway) and Munster Irish (Counties Kerry, Cork and Waterford). Obviously, they each have their own similarities and differences which varies from one dialect to another.

For a more uniform way of presenting the language, a standardised form of Irish was created. This form was conceptualised during the 1950s and 1960s. Basically, it combined elements coming from the three Irish dialects mentioned above. Moreover, the way it is pronounced is akin to the Connacht dialect. Irish schools use this type of standardised Irish.

Like many other languages, Irish has undergone a number of evolutions over the course of centuries. Irish first began to appear and bloom in Ogham inscriptions that dates back to as early as the 4th and 6th centuries AD. That all changed when St Patrick introduced Christianity to Ireland in the 5th century AD. As a result, Irish writers back then began to learn and write in Latin. Simultaneously, Irish literature written in Latin began to surface. This resulted in a new age.

Unfortunately, the conquering Vikings managed to destroy tonnes of early manuscripts, so those that survived through long periods of time were only those created after the Vikings. 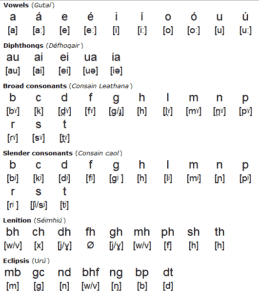 As mentioned above, the Irish language or Gaelic script originated in the middle ages (mainly used from the 16th until the mid-20th centuries) as a Latin alphabet (i.e., cló Rómhánach) alternative. It mainly came from the manuscripts found. In addition, it is known as An Cló Gaelach (Gaelic type) in Irish. More information suggests that we can also call it the ‘Irish character, Irish type, Gaelic type, Celtic script or the Uncial alphabet’.

How did it emerge? It emerged as a Gaelic typeface when Elizabeth I commissioned for a religious work in 1571 to encourage Anglicanism instead of Roman Catholic in which a major of Irish are.

It was used until recently. Now, we mainly see it on road signs, street names, shops and more used as mainly as a form of aesthetics. Aside from Ireland, we can also see it in Scotland, Wales, Cornwall, and the Isle of Man.

What alphabet do the Irish use nowadays?

An Cló Gaelach declined around the 1950s. During this time, as mentioned above, the standardised Irish was conceptualised.

The Irish, of course, use the modern Irish alphabet now. It is now used in place of the Irish language script. The Irish government spearheaded this phenomenon and replaced An Cló Gaelach with Cló Rómhánach.

Now, the standardised Irish alphabet consists of 18 letters instead of the usual 26 (which is also the case for the Irish language script) as presented by the English alphabet – a b c d e f g h i l m n o p r s t u. You will not see the letters j, k, q, v, w, x, y, z. In addition, you can even accentuate the vowels (i.e., á é í ó ú).

However, the standard Latin alphabet used by the Irish allows speakers and writers to use 24 of the 26 letters of the English alphabet as opposed to 18. The letters q and c are the two unused ones.