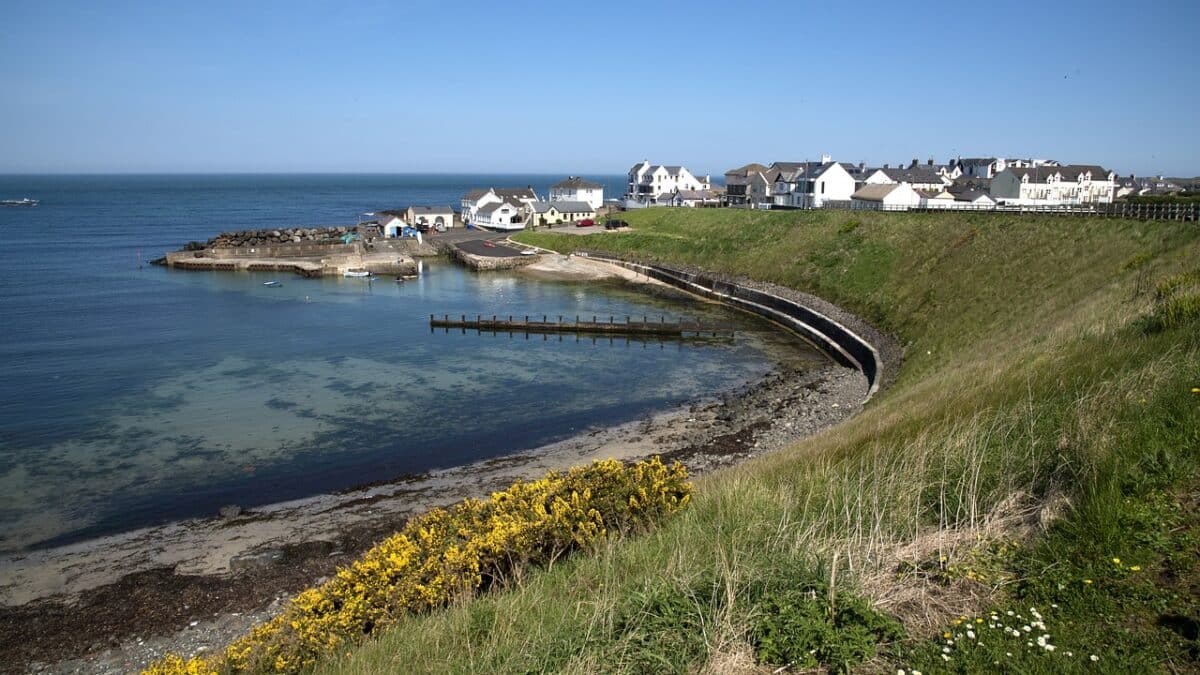 Irish Language In County Antrim 🇮🇪: In this blog, we will mainly talk about the history of Gaelic, both Irish and Scottish, in Co Antrim. Specifically, we will mainly cover the Glens of Antrim, where the Gaelic there was strong for a long period of time. Continue reading this blog to learn more.

For future generations to come, we have to make sure that they get in touch with the past and preserve now everything we know about the history of Irish. Last time, we have discussed about a bit of history and some background of the Irish language in County Down.

Today will be no different, as we move along and cover County Antrim. Below, we will talk a bit about the county itself before walking you through the history of Irish (and even Scottish?) Gaelic there.

We will tackle questions such as “When did the Irish language die down there?”, “Which location of Co Antrim has a rich history on Irish language?” and “Did the people of Antrim speak Irish or Scottish?” If you want to learn more, continue reading.

County Antrim, Contae Aontroma in Irish and Coontie Antrìm in Ulster-Scots – whatever you prefer to call it – is one of the six counties of what we know today as Northern Ireland. Along with Co Antrim, the five other Northern Ireland counties include Counties Armagh, Down, Fermanagh, Londonerry and Tyrone. You can located it adjoined to the northeastern shore of Lough Neagh. On a larger scale, it is one of the thirty-two tradition counties of Ireland, as well as part of the historic province of Ulster.

Glens of Antrim: how do they keep the Gaelic tradition?

As you may already expect, the last of the native Irish language speakers in County Antrim have long been gone. Back then, we produced pockets of speakers recorded, one of which were in the Glens of Antrim. However, those records would be one of the last traces of native Irish language speakers as it finally died out in the Glens of Antrim in 1985. An example of of the last speakers of Antrim Irish is Jimmy Stewart of Murlough, and he died out in 1950.

Of course, this means that the generations that followed (including us) have had a hard time preserving many of Antrim’s ancient laws and customs. Along with that, Ireland itself experienced a massive culture revolution during the last quarter of the 19th century.

As a result, Feis na nGleann was established in 1904 by a group of cultural enthusiasts who’ wished to preserve the Irish language, traditions, songs, music, games and past-times for future generations’.

It was a direct branch of An Cumann Luthcleas Gael (Gaelic Athletic Association), which was founded in 1884 and followed closely by the Gaelic League in the summer of 1893 in Dublin in which they were formed to preserve Gaelic games. In turn, the League’s main aim was to preserve Irish as a spoken language and like the GAA.

On Thursday June 30, 1904 the inaugural Feis na nGleann was held in Glenarriff, the Queen of the Glens. A procession from Cushendall was led by pipers from Armagh with banners representing the nine glens and also the clans of North Antrim. Native speakers of Irish still existed in Glendun, Glenariff and Rathlin.

You can learn more about Feis na nGleann by reading this article produced by Culture Northern Ireland.

Northern Ireland, where County Antrim is located, has three dominant languages today. These are English, Irish (Gaelic) and Ulster Scots.

As the Ulster Scots exist, this definitely made us think of the similarities between Ulster Irish and Scottish Gaelic.

This led to certain debates that Scottish Gaelic is actually a dialect of Ulster Irish and vice-versa, which you can read more of by clicking the linked words below (i.e., the linked word ‘thread’). How true is this?

The answer: not so much – only with a bit of similarities but distinct differences. Taken from a thread:

The Irish of Antrim shared many features with Scottish Gaelic, and the Gaelic of Kintyre and Argyll was very similar to Antrim Irish. Robert MacAdam wrote the following in 1873:

Even yet the Glensmen of Antrim go regularly to Highland fairs, and communicate without the slightest difficulty with the Highlanders. Having myself conversed with both Glensmen and Arranmen, I can testify to the absolute identity of their speech (Ó Baoill 2000: 122).

Taken from one of our blog titled “Can Irish Understand Scottish Gaelic?“:

Now that we have shared with you some background and a bit of history about the Irish language in County Antrim, we want to discuss how we can help you in everything Irish-related. 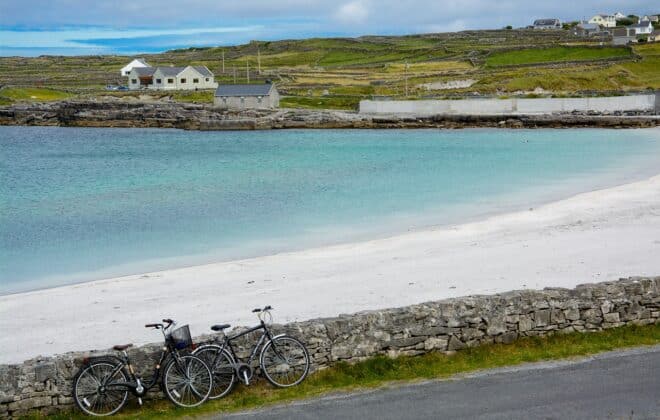 Irish Speaking Islands That You Should DEFINITELY Know About! 🏝️